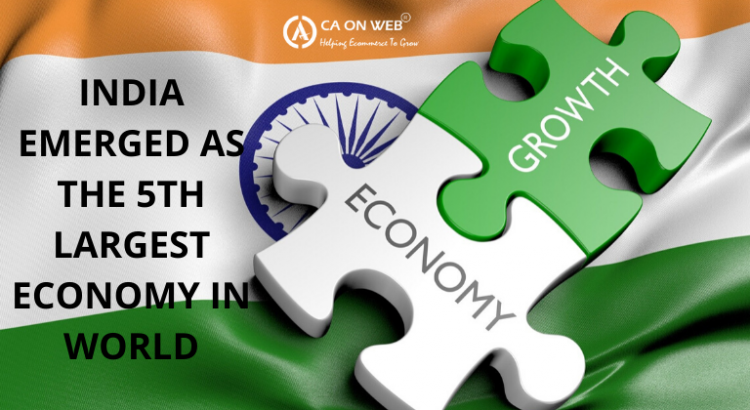 According to the world population review, a United States of America (USA) think-tank openly declared that leaving behind UK & France, India has become the 5th largest economy in the world. According to the world population review, both the economies stand at $2.83 trillion and $2.71trillion respectively whereas; India being the 5th largest economy has GDP worth $2.94 trillion.

Read other blog: Highlights of Budget 2020

Leaving behind all the misconception prevailing in the market regarding the slump in Indian economy, the growth of Indian economy is unstoppable.

This is not the end of it, the report further mentions some interesting facts about the Purchasing Power Parity (PPP) index, where India is growing, leaving behind some of the developed economies in the world such as Japan & Germany. On the Purchasing Power Parity (PPP) index, India GDP at PPP stands at $10.71 trillion which is far more than what these developed economies has.

Here is a list of some of the largest economies in the world: