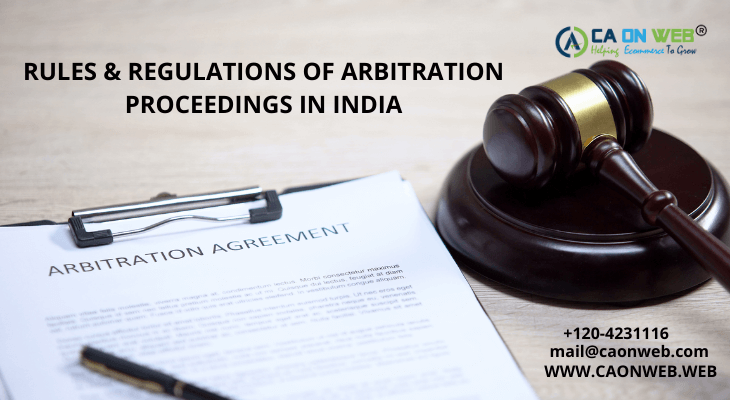 HOW ARBITRATION PROCEEDINGS IN INDIA ARE REGULATED?

‘Arbitral institution’ means the institute which is designated either by the supreme court of India or the High court of any state to work in that direction.

As per section (11) of the Arbitration & conciliation (amendment) act, 2019 only the supreme court of India or the High court of any state is empowered to designate an Arbitral institution provided that they are graded by the Arbitration council.

Some ex-officio members of the council will include various secretaries to the government of India in Department of legal affairs, Ministry of law & justice, and Ministry of Finance.

Any person looking forward to become a qualified arbitrator who can perform arbitration in India must fulfill any of the below-mentioned qualifications:

(i)   ‘Advocate’ as per the Advocates Act, 1961 with a minimum of ten years of experience in the field of advocacy;

(iii)   ‘Cost accountant’ as defined under Cost & Works Accountants Act, 1959 having at least ten years of experience in the same specialization;

(v)   has been an officer of the ‘Indian Legal Service’

The arbitral, arbitration institution and the parties associated with the arbitration proceedings in India must maintain the confidentiality of information except in a few cases.

WHAT IS ARBITRATION AGREEMENT?

Section (7) of the Arbitration & conciliation (amendment) act, 2019 defines it as an agreement between which is made by two or more parties to resolve any dispute arising amongst them due to any contract agreement in the near future without directly going to the courts and with the help of an arbitrator. An idle arbitration agreement contains the following details accurately:

HOW CAONWEB PROVIDES ONE STOP SOLUTION FOR ARBITRATION?

CAONWEB offers various legal services that are helpful in business compliance. Our lawyers, chartered accountants, company secretary & various other legal experts help you in all your compliance needs. CAONWEB has proved to be one of the most effective arbitrators and business compliance service providers. Our legal experts will guide you throughout your arbitration proceedings in India.