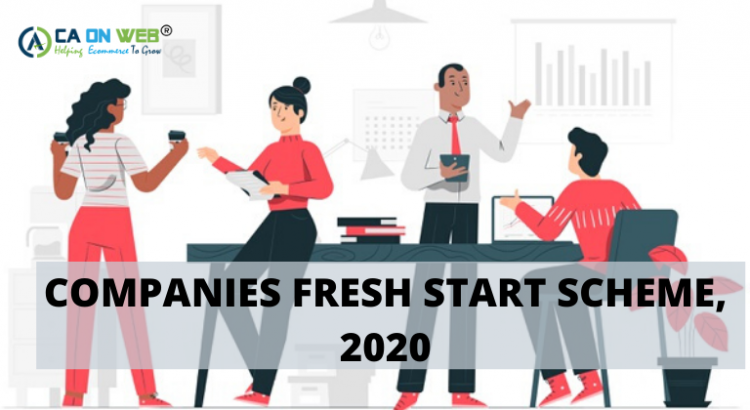 The Central Government in the exercise of powers have introduced the COMPANIES FRESH START SCHEME, 2020 (CFSS-2020), It shall facilitate the companies registered in India to make a fresh start. This scheme aims at providing a one-time opportunity to enable defaulting companies to complete their pending compliances by filing necessary documents in the Ministry of Corporate Affairs including annual filings forms, other returns, documents and statements without paying additional fees on an account of delay and to avail immunity from the launching of prosecution or proceedings for imposing a penalty on account of delay associated with certain filings. In other words, defaulting companies shall require to pay only normal fees for filing of the above-mentioned delayed documents during the currency of CFSS-2020.

This Scheme shall be applicable to any “Defaulting Company”, Defaulting Company here  means any company which made a default in filing of any of the documents, statement, returns, etc. including annual statutory documents on the MCA-21 registry on due time and under this scheme is permitted to file all belated documents which were due for filing without any Additional Fees except for two documents and out of which, some permitted documents are as follows:

PROTIP: In such challenging times the Ministry has given all Companies an additional chance to make their default good. Therefore it is advisable to take full advantage of the scheme and strive towards becoming compliant.